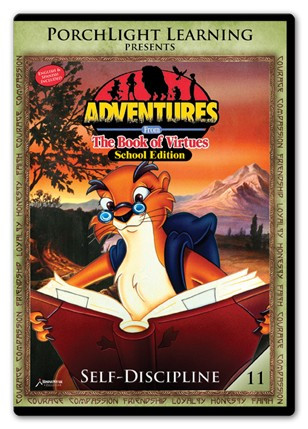 Adventures from the Book of Virtues

Zach gets into a heated argument with his mother when she refuses to advance him his allowance, prompting several stories from Plato and Aurora about the pitfalls of impatience and losing one's temper.

-English and Spanish
-Includes a teacher's guide as a PDF on DVD
-Grades 3-6
-Run time: 25 minutes