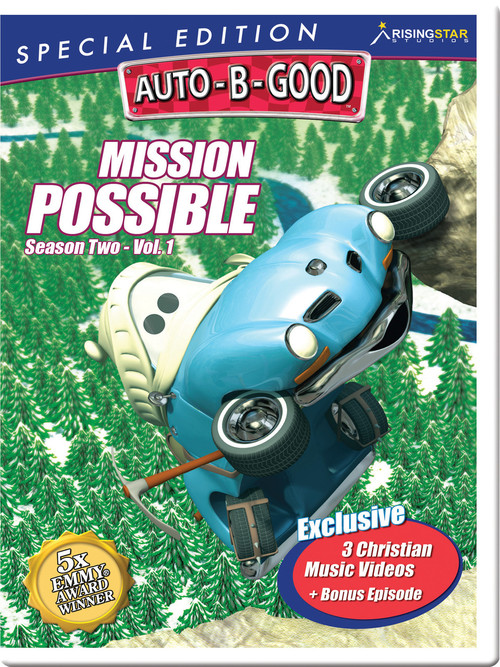 Episode 1 - Daring Dreamers (Determination)
Miles dreams of climbing mountains, but is afraid and Izzi wants to be on the Rescue Squad, but is too small. Through hilarious adventure these two learn it will take determination and friendship to hold on to their dreams.
Music video: I am Determined

Episode 2 - Get the Oomph! (Wisdom)
A high octane energy drink gives EJ the "Oomph!" he needs to challenge Mr. Morgan's soccer record, but when the dangerous drink is banned, EJ must weigh the price of winning at all costs.
Music video: Following the Lord

Episode 3 - Cotu Comics (Imaginative)
The laws of science are stacked against EJ and his dream of flying, but with the Professor's wise words about the power of imagination, EJ soars to unexpected new heights.
Music video: All About Me

Bonus episode - Miles to the Rescue (Courage)
Miles claims to have courage, yet he won't race with Johnny on the overlook. Wisely he decides to watch the race and demonstrates true bravery!

LICENSE FOR HOME USE ONLY
• Run time: approx. 45 minutes

Episodes are in English and Spanish. The music videos are English only.