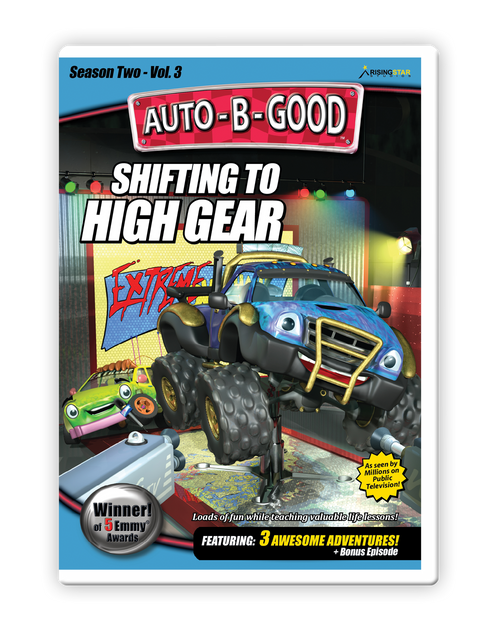 Episode 1 - A Taxing Problem (Sharing)
When a tire shortage that hits the City of Auto keeps Miles from competing in the State Safety Derby, Johnny has an opportunity to look past his selfish ways and make a real sacrifice.

Episode 2 - Issadora's Box (Restraint)
It's Izzi's birthday soon, but she wants to open her present now. The result is trouble for the whole town, but there is more than one character in this story who needs a lesson in self-control.

Episode 3 - Extreme Overhaul (Self-Acceptance)
The popular TV show "Extreme Overhaul" has Derek believing he's just a regular truck with a boring life, but after getting his new look he discovers his old life wasn't so bad after all.

Bonus episode - The Secret of Success (Perseverance)
Ah, spring break! And everyone is lounging around - until Franklin encourages them to try something new. But setting goals is easier than achieving them; will they have the perseverance to keep going?